Two-time Pulitzer Prize winning journalist Nicholas will speak to a sold out audience at the Fort Lewis College Concert Hall on Wednesday, October 4 as part of the Community Foundation’s Making a Difference Speaker Series.  Take a listen to his interview with Tami Graham on KSUT!

The Making a Difference Speaker Series  is a new annual event that will bring nationally known speakers to Southwest Colorado to speak about philanthropy and how to make a difference.  Kristof, the event’s inaugural speaker, will tell first-hand stories of his experience promoting human welfare and social justice around the world in order to inform and inspire the audience.  His talk will focus on the highlights of his book, “A Path Appears,” available at Maria’s Bookshop.  A book signing will immediately follow the program. 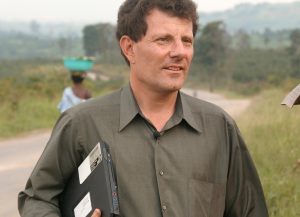 Our next Making a Difference Speaker will be Jenna Bush Hager, who will speak at the Community Concert Hall on April 25. Tickets will go on sale on Thursday, October 5.

Jenna Bush Hager is a contributing correspondent on NBC’s Today Show and an editor-at-large for Southern Living magazine.  She is also the author of the New York Times best seller Ana’s Story: A Journey of Hope, which she wrote after traveling to Latin America in 2006 as an intern with UNICEF. Ana’s Story is based on the life of a 17 year old single mother with HIV, who struggles to shield her child from the life she had of abuse and neglect.  Hager remains involved with UNICEF and is currently the chair of its Next Generation initiative, which is dedicated to reducing childhood deaths around the world. 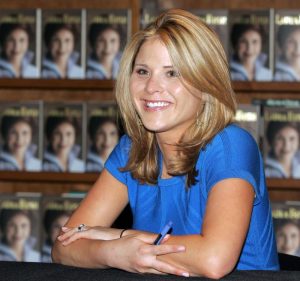